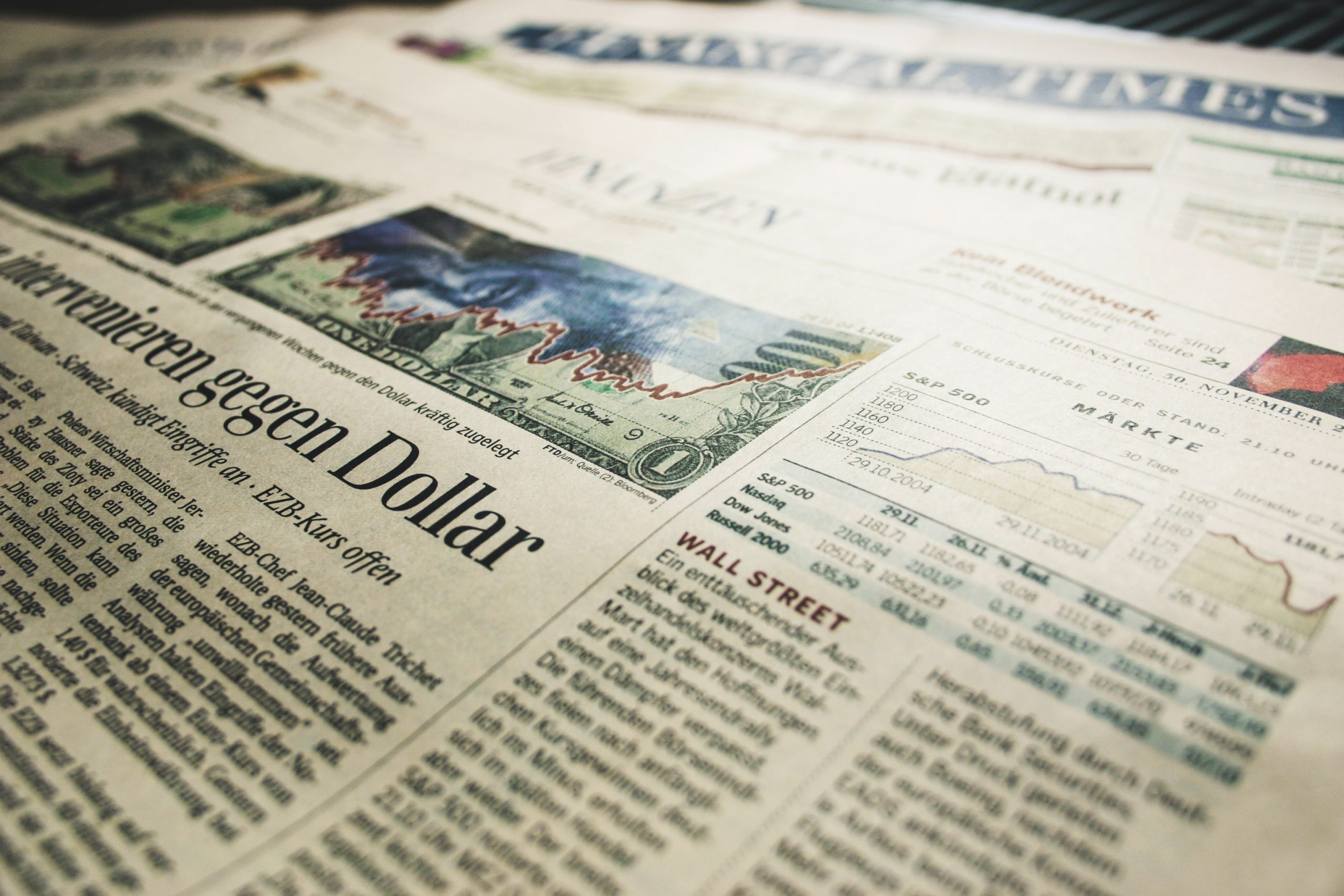 All , will find themselves in a position to make capital investments into assets at a certain point. Depending on how a company is organized, the initiative for a capital project may arise from operational or middle management, from the finance department, or from an executive idea and sponsorship.

An employee’s ability to be trusted by their organization to spend the company’s hard-earned money can have an outsize influence on their ‘promotability’ for the future. Earning that trust may seem challenging, but there are several key actions and processes which can assist and support any manager, in strengthening how they are perceived by their leadership.

In a post-COVID-19 world, where face-to-face interaction with senior leadership is likely to be curtailed, an ambitious manager may want to ensure that their visibility remains as high as possible.

Capital projects are long term investments which provide future value to an organization. Depending on the scale of the project, the expenses may span multiple years, and Return on Investment (ROI) may be scrutinized carefully by multiple layers of management. Planning, execution, and communication are key components for any project, and often require many different disciplines from the projects’ team resources, such as Finance, Human Resources, Operational Management, Technology, and more. A fail-safe method for effective management of Capital Projects, involves diligent adherence to a series of ten critical stages for the project. This approach was developed through many years of professional experience over a range of projects, from tens of thousands of dollars in value, up to multiple millions of dollars invested.

A capital project will fall into one of three main categories, which will dictate the degree of upfront planning required, and the nature of the resources assigned to the project team:

This category is the most common type of capital project for an organization. Projects are generally the ‘easiest’ to justify and prove success, and will include projects focused on replacement or maintenance of company assets, efficiency and cost benefits, or on risk management activities. Project teams may be small and operationally focused.

The second most common category, these projects may include investments intended to increase capacity, or to provide perceptible improvements for customers and/or shareholder benefits. Metrics for justification and success are more speculative than for the first category, often relying on projections for increased revenue, or less immediately tangible benefits such as customer satisfaction. Formulating the assumptions driving the investment rationale will require participation from sales & marketing departments to provide supporting data.

The least common and highest risk capital projects category, an investment labeled ‘Transformative’ will require a strong level of senior executive championship, and will typically focus on developing new markets, new products, or new business models. For example, major Media and Publishing organizations (e.g. New York Times, Condé Nast) were forced to make extensive capital investments in their online platforms, and their business models were significantly impacted by the transition from print to digital subscriptions, as media consumption habits changed.

The role of finance in this stage of the project is critical, and the formulation of the justification requires hard data and historical metrics. Project justification should focus on business outcomes, such as ‘improved price-to-performance ratio’, ‘increased revenues’, ‘reduced cycle time’, ‘improved customer retention’, or ‘reduced competition’, etc . Assumptions and risk factors should be documented thoroughly and clearly, and the project leader should ‘show their work’, and be prepared for executive challenges.

Benefit assumptions may be difficult to nail down; if in doubt, a useful exercise is to prepare three versions: ‘best’, ‘likely’, and ‘worst’ case scenarios.

If a project leader is unable to clearly articulate the benefits, it’s often a signal of a weak or incomplete concept, and project sponsors should be prepared to cancel or delay a project until the benefits can be outlined.

When preparing the Business Case for presentation, a project leader should ensure that context and meaning are provided for senior executives – even if their approval is not required for the project, the Business Case document will provide a valuable reference point for the initiative. Quite often, this document may gain wider circulation than originally intended.

Projected costs should be captured as completely and accurately as possible, with ‘NO SURPRISES’ as a driving motivation. Pro Forma P&L statements should be prepared, and a project sponsor should be certain that the project meets the company standards for Return on Investment. A word of caution here… if, during the justification process, ROI appears to be ‘too good to be true’, there’s no harm in reviewing and modifying the assumptions in Step 2, so that the expectations of the project can be managed more effectively.

Effective presentations can be somewhat of an art form. Typically, most senior executives have limited time to review a Business Case, so a presentation that fits within no more than 20 slides will ensure that the most important points are covered. This would include topics such as:

Supporting data such as Excel spreadsheets for resource estimates and costs, benefit assumptions and calculations, and Pro Forma P&L’s etc., can be included in an appendix, but should not be in the pitch deck itself, at the risk of losing senior management interest.

While the key milestones and high-level timeline are typically included in the executive presentation meeting, the more detailed Project Plan documents are normally presented just prior to the project kick-off at another executive meeting. This session may not include the most senior executives.

These documents will include the following topics:

Once the project has gone live, communication is key to the perception of ‘mastery’. Almost no project plan survives contact with reality unchanged, and the best way to manage these inevitable challenges is to be as transparent as possible. In addition, a significant ‘trust-building approach’ is never to communicate a challenge or obstacle, without also presenting a mitigation and recovery strategy.

In many larger corporations, a project leader may have the resources and support of a ‘Project Management Office’ (PMO) to assist in the ongoing administrative tasks. In other organizations, or perhaps in operational divisions far from a central head office, the burden of tracking, reporting, and coordination will fall to the project manager and/or team assigned to the project, overseen by the initiating project champion or sponsor.

Large scale projects stretching over many months (and perhaps years) pose particular challenges of team fatigue, difficulties in sustaining internal stakeholders’ interest, and high levels of risk in Change Management when eventually deployed. A useful tactic, depending on the scale of the project, is to reduce implementation risk with mini, or ‘sub-‘ projects, such as ‘Pilot’, ‘Early Adopter’, or ‘Beta’ phases. It’s also important to celebrate mid-project milestones as they are achieved.

This task may be one of the most under-estimated areas by most project leaders, but lies at the heart of building executive trust. Interest levels may be quite high in the progression of the project, and it’s almost impossible to anticipate how widely project reports may be shared. For this reason, all project reports should be prepared carefully, with the appropriate level of detail for each layer of management. The core points to cover are:

Once the acquisition and build phases of a capital project have been completed, the next step is a successful turnover to routine operations, and the integration of the new assets and processes into the day-to-day activities of the company.

A complete integration of the newly introduced aspects of the capital project will require careful handling to ensure successful deployment throughout the various departments of the organization. An exemplary project leader will be sure to involve a wide variety of team resources, and he/she may decide to establish an auxiliary project team whose primary responsibility is to the deployment. This should include multiple levels of resources, from the front-lines through to human resource colleagues, who will champion and support the necessary change management and training.

It’s extremely easy to underestimate the degree of resistance to change which may surface among the essential workers, and this area is often where the eventual Return on Investment that is generated may be disappointing. Establishing clear success metrics and tracking systems is critical, and the process will be greatly assisted by reviewing and applying the information prepared during Step # 2 (JUSTIFICATION).

Once the capital project has been operationalized, the tasks remain for closing the project from a financial perspective. This includes ensuring that all potential associated costs and expenses have been captured, and that project team resources and responsibilities have been re-allocated.

Clear financial transitions are required to begin the depreciation and amortization of the costs of the capital project, and depending on the period chosen for the amortization, the timing of when to begin could vary. All participating parties must be informed, throughout all levels of management. Discussions with the finance resources may expose balance sheet clean-up activities, where obsolete or replaced assets should be written off or removed.

Tracking of metrics should begin as early as possible during the project, as the data gathered will be very helpful in both this phase and the subsequent final stage of the project.

While often over-looked, performing a post-mortem of a capital investment project is a significant differentiator for both the project leader, and for the organization itself. Once again, the finance resources are key players during this final stage of the capital investment, and should be engaged in monitoring the tracking metrics and success criteria.

Depending on the scale of the project, the post mortem analysis may be performed as soon as three months after project close, or up to one year following deployment. Metrics and results should be reported for Estimates versus Actual versus Forecast, and the resulting data shared across the leadership team.

If the project is not tracking as expected, transparency on the reasons why, as well as a mitigation action plan, will be instrumental in the final stage of building ongoing executive trust and the future ‘promotability’ for the project leader/sponsor.

The ten-step process outlined in this article is comprehensive; each step is important, and builds upon the previous step. For smaller scale projects, a manager may question whether it’s feasible to skip one or more of the steps.

If the ultimate goal is building executive trust, none of the steps should be missed completely. It’s quite reasonable to simply review each step and ask the associated questions, reserving a full ‘deep dive’ only for the larger scale projects, or for those which have high visibility to senior management. The most important aspect is to be sure you are thoroughly prepared for any challenge or obstacle. If the process is followed consistently, there should be no executive hesitation, for even the largest and most critical capital investment project. 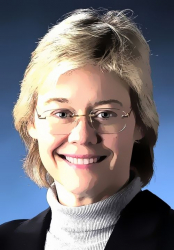